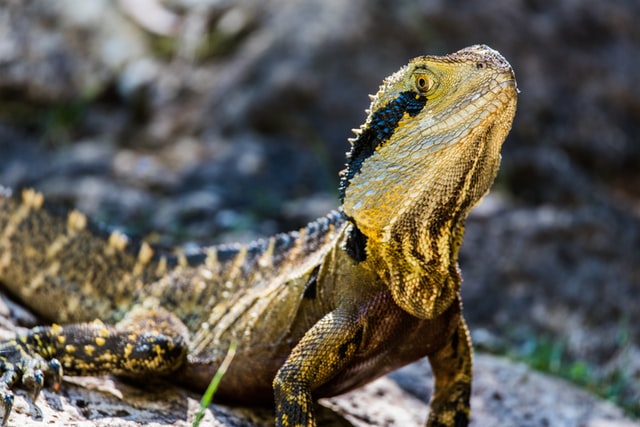 For new owners, knowing how long the bearded dragon can live is very important. We believe it is important information that will help you provide better care over time. This guide will teach you everything you need to know about their lifespan, and how to maximize it!

If you want to learn more about the Lifespan of a Bearded Dragon, the things that can influence it and how to tell how old your bearded dragon is, then keep reading! There are many factors that affect how long a bearded dragon can live.

How long do bearded dragons live?

Having a bearded dragon, or ‘beardy’, is a great commitment as they have a life of 10 to 15 years, or more.

Factors that can influence their lifespan

The longevity of a bearded dragon depends on many factors. These include where they live, how well they are cared for, the diet they eat, the gender, genetics, medical care, and environmental factors.

It is important to remember that there has never been a guarantee when it comes to how long a bearded dragon can live (or any animal). You can do everything right and still see your pet suffer from bad luck illness.

However, statistically, you can greatly increase the chances of your bearded dragon living longer by doing the right things.

A healthy diet will make a big difference in the lifetime of your bearded dragon. Like humans (or any other animal), the quality of what you feed them will help them stay healthy and fight disease.

Bearded dragons are omnivores, meaning they eat both animal and plant food. A healthy and nutritious diet is important if you want to prolong the life span of your beardie.

Bearded dragons like fruit, but fruit should include only 10% of your beardie’s diet, regardless of age. Fruits such as strawberries, blueberries, grapefruit, apples, peaches, pineapple and apricots. In short, your beardie has a great chance of living longer if you give them the healthy right amount of food and variety!

Your beardie needs a good habitat to stay healthy. The bearded dragons come from the desserts in Australia. As such, the habitat of your beardie needs to mimic this area. The enclosure you provide to your lizard needs the right lighting, temperature and humidity if you want to prolong its life span.

You should also put hides in the tank of your beardie. Not only is the beardie’s happy to get into them to sleep on, they are also important in helping them during the brumation. Brumation occurs when your lizard gets into a state similar to hibernation in late autumn and winter.

Your beardie’s enclosed area needs to be kept at the right temperature if you want it to enjoy a long life. Your beardie will need a cool place in their tank. Your bearded dragon will need different temperatures depending on their age and what time of the day it is.

On average, male bearded dragons live longer than females. While this may not always be the case, it is important to be aware of the lifespan. This is because of breeding, breeding is another factor that can influence how long female bearded dragons can live, when a bearded female dragon produces egg, they use a lot of energy, the process takes a toll on their body.

In general, large dragons live longer than the smaller ones. Larger lizards seem to be more resilient than smaller ones in size (a good example to compare the lifespan of a bearded dragon with a Rankin dragon).

The best way to ensure that your bearded dragon grows as big as possible is to give them nutritious and a well-balanced food with enough space.

Keeping them folded will make them uncomfortable and lead to higher levels of stress. This can have a detrimental effect on their life expectancy.

It is advisable to take your pets to get regular vertinary checkups. Although bearded dragons do not need vaccines, you should take your beardie to a vertinary doctor once a year for a physical examination. This will ensure that your beard dragon is healthy, and will help them live longer.

How long do bearded dragons live in captivity;

The maximum time to reach captivity under intensive care is 12 to 14 years.

How long do bearded dragons in the wild live;

The longest they live in the wild is 5 to 8 years.

Bearded dragons first appeared in the United States in the 1990’s and have since grown rapidly in popularity as pets. So why are bearded dragons so popular as pets?

Bearded dragons are usually gentle and naturally have a soft nature, especially for humans. In fact, bearded dragons are less aggressive when threatened, but instead they freeze puff their throath and can change color.

Easy to care for too. They don’t need you to walk them and following a basic procedure can be enough care for a bearded dragon to survive in his youth. On top of this they enjoy being handled and stroked by people. They may reduce the number of times you hold them, but eventually they will see their master and sit down, relax, and perch on the human body.

How long does a bearded dragon live like a pet?

A bearded dragon can live up to 12 years if its owner takes good care of it.

Below are some interesting facts about bearded dragon;

Bearded dragons are called bearded because the scales and spikes they have on the head are like beards. They use this as a defense and will expand their throats whenever they feel threatened.

No, Australia legalized the export of any wildlife in the 1960’s. It is believed that all the bearded dragons found outside Australia were smuggled out of the country from the 1970s to the early 1990s. The general population of the bearded dragons in the United States is now large as they no longer need to be imported, as they can be easily be breeded.

In 2005 the bearded dragon community was surprised to learn that researchers at Melbourne University of Australia found that bearded dragons produced less venoms. Though this venoms are harmless to humans (and most other animals), many researchers believe that they were once a trait used by lizards ancestors in the past when hunting.

Unlike other lizards, bearded dragons will not re-grow tails, legs, or anything else. So, if your bearded dragon loses its tail, it will never grow back.