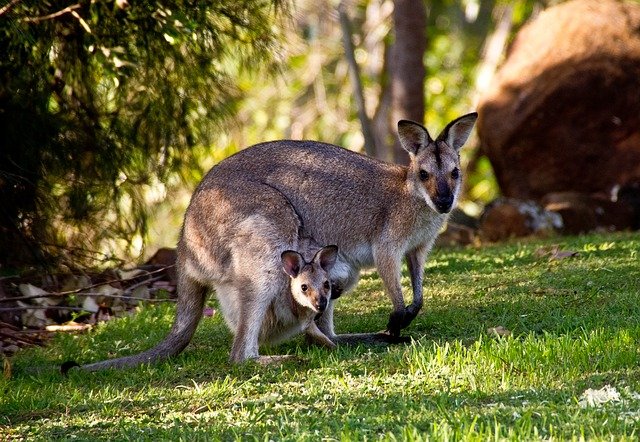 Looking at how pouches have become a great part of the human accessory today, especially because almost everyone has a phone and everyone needs to put them in pouches, it becomes quite weird to have them in the same line with animals.

However, the title already implies that animals do have pouches and we will be sharing them with you in this article. Before we proceed with getting the necessary details about animals with pouch, we need to first understand the reason animals have pouches and what the pouches stands for.

So, animal pouches refer to a pocket looking structure, on the lower part of the body of a few female animals,  with which the adult females or adult mammals carry their young to keep them safe from predators after they are born.

Not all animals are capable of this, or rather not all animals have pouches on the lower part of their body with which they use to take care of their babies from predators, as well as bond with them. This is why we will be sharing with a list of animals who have pouches and are capable of shielding their young ones from predators using the pocket looking structure on the lower part of their body.

It is also important to state that the marsupial animals, or rather the animals with pouch are very different from the other specials of animals (mammals) in that the infraclass marsupial species of mammal have conceive, have a period of gestation that is quite short, after which they deliver of their young ones.

After the period of delivery, these species of mammal birth very immature and tiny young one, then they naturally lead the young one to crawl into their pouch where they nurse, nurture, and protect the baby to growth. Also, a few species of the marsupials do have a placenta with which the fetus can fully develop, the pocket structure on the lower part of their body pouch provides them with a serene environment, and the shield as well as the shelter they need to grow up to a certain period.

Here is a list of some animals that have pouches.

This list of animals with pouches will be explained in no particular order in the following sections. 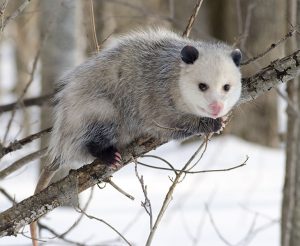 There are about ninety-two species (92 species) of the American opossums, and they are predominantly found in Central America, as well as in South America which equally explains why it is called the American Opossums.

The American opossums are foragers that have an amazing adaptive feature which makes it very easy for them to adapt to different environments as well as the climatic changes that come with these environments. They inhabit environments like the forests, grasslands, and even places where humans live.

The American opossums’ species of infraclass marsupial mammals are omnivorous in nature, and are quite small in size. They are very fruitful species of mammals as they deliver of young ones in lots of numbers. Irrespective of the number of young ones they have, they are still able to carry out their duties as mammals by carrying their babies, in the pocket structure on the lower part of their body, as well as nurturing them to growth and maturity.

The bandicoots are also small species of the infraclass marsupial mammals that look like or rather share a striking resemblance with rodents. These species of mammals have about twenty-one species of bandicoots (21 species).

More so, the bandicoots are known to predominantly live in areas like the New Guinea, as well as Australia. The Bandicoots also are omnivorous species of the infraclass marsupial mammals that enjoy feeding on a diet of insects.

The good thing about these marsupial species of mammals is the fact that they birth many young ones and make sure to give them the attention they deserve. So, after birth, the species of bandicoots, like other marsupial mammals carry their young ones in the pocket structure on the lower parts of their bodies, in which they feed them, nurture them, and shield them from predators till the young ones grow and are mature enough to lead their own lives. 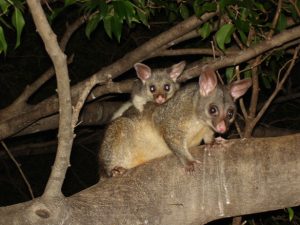 Not only are they adaptive to these environments, they are also adaptive to the climatic changes that come with these environments. More so, this species of infraclass marsupial mammals is nocturnal in nature as they are more active by night than any other time of the day. In addition to being nocturnal, the brush tail possums and cuscuses’ species of infraclass marsupial mammals are herbivorous animals. This is so because they feed on leaves, insects, plants, and seeds.

Most importantly which is why this species of infraclass marsupial mammals are in this article, the brush tail possums and cuscuses have a pocket structure on the lower part of the body of the species in which it nurtures it young ones as well as protect them from lurking predators of the night.

Also, it is important to state that the various species of dasyurids are feisty predators who are also known for their very aggressive behaviour with which they intimidate and swallow up preys. Most of the species of dasyurids are omnivorous and feed on insects, although this is mostly common among the smaller species of the dasyurids. While the species that are bigger in size are carnivorous, and will always hunt down other small mammals, livestock, and birds.

This species of infraclass marsupial mammals is also the species of mammals that has a pocket on the lower part of its body where carries its young ones for period of time after birth. They carry them, shield them, and nurture them to growth. 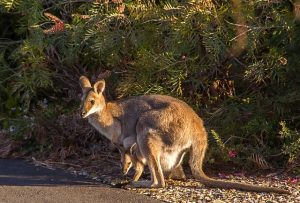 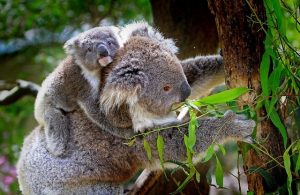 Sometimes, breeders mistake koalas for bears. Koalas are species of marsupials, that are medium in size, they dwell on trees, and are mostly found in the eucalyptus forests of the eastern part of Australia. This species of infraclass marsupial mammal feed on eucalyptus as well as other kinds of leaves. However, as big as the size of Koalas may be in appearance, the species is usually low on energy because it feeds on leaves, and leaves are generally low on diet.

Interestingly, despite being low on energy, the Koala are still able to carry out their duties as infraclass marsupial mammals, they are able to carry their young ones in their pouch after birth, so while the young Koalas are in the pocket structure on the lower part of the body where they nurture the young one, they feed the young one, and shield them from their predators till they are grown.

For the records, there are about thirty-five species (35 species) of the smaller Australian possums, ringtails, and gliders. Judging by size, they are smaller than the species of brushtail possums and cuscuses, and the species of ringtails and gliders will rather be in trees than be anywhere else.

Like the other infraclass marsupial mammals, the small Australian Possums, Ringtails, and Gliders have pocket structures on the lower part of their body where they carry their young ones, feed them, nurture them until they are old enough to lead their own lives.

The species of Wombats are mostly found in the southeastern Australia. However, there are three species of the wombats, and they are very closely related to the species of koalas. Like most species of infraclass marsupial mammals, the species of wombats are quite herbivorous, only that they are more of burrowers as well as grazers.

The different species of the wombats also have pocket structures on the lower part of their body where they carry their young ones, feed them, nurture them until they are old enough to lead their own lives.

The case of the seahorse is very different. From the conception period to the period of birth, it is just different from the norm. it is as though the female seahorses have a change of roles with the male seahorses.

After receiving the squirted eggs, the male seahorse species becomes pregnant for a period of time between ten days to twenty-five days (10 to 25 days), the pregnancy is only over when the male seahorse has a strong contraction that allows it to release a fully formed fry (young one of the fish.

When the sea horse has delivered its baby, it puts it in the pocket structure that is on the lower part of its body, where it nurtures it, shields it from predators till it grows. The growth of the young one is quite rapid which explains why the male seahorse will after the time of delivery, rush off to receive more squirted eggs from the ovipositor of the female seahorse. 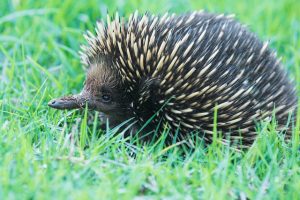 The different species of Echidnas have long snouts that are very sensitive, they also have Spines which probably accounts for why they are identified as spiny anteaters.

However, the species of Echidna are also known to have a pouch that can be used to carry the eggs as well as carry the young ones after the eggs hatch. This implies that the kind of pouch they have could change momentarily depending on what the adult echidna is expecting. However, this change is possible because the pouch is formed by the abdominal muscles which is able to contract and form a pouch for the animal.

More so, after the egg is laid, the female echidna, it lays on its back, then tucks the egg into its pouch by rolling it on its stomach. The egg has a leathery body that makes it very easy for it roll on the stomach. The egg hatches after a period of ten days, and is identified as a puggle. The puggle or the baby echidna stays in its mother’s pouch until it begins to develop spine, for which it starts poking its mother, who in turn sends it away.  However the mother nurtures it to that level before sending it away. 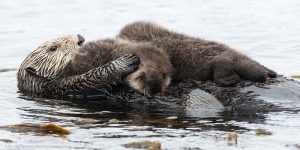 Like the sea horses, the species of sea otters also have pouches. They have pockets on the lower part of their bodies with which they use to help carry their young ones as well as nurture them.

The pouch of the species of the sea otter is basically made from the loose skin across the chest of the sea otter. This loose skin folds itself into a pouch under each forearm to be able to store up things for itself, as well as carry its baby.

The species of sea otters are also known for their favourite rock, on which they crack the species of clams and the species of shellfish. They put this rock in one of their pouches which accounts for why they have pouches; the left pocket more precisely, they also store food there, while they have their young ones on the right pouches where they nurture their babies to adulthood and let go of them to keep hunting for food.