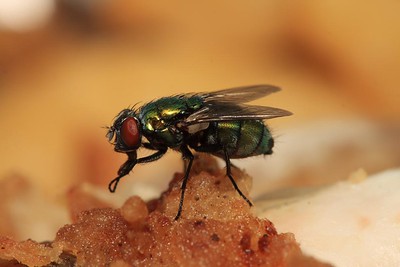 In this article, we will share the details that surround why flies rub their hands together. Flies mostly identified as house fly are species of insects that have a pair of six legs, most of which undergo so many stages of physical development, as well as adults, they have a feature of a single set of wings.

The house fly which also is the Musca domestica, by its scientific name or binominal name is however a recent symbol that illustrates taxon. In addition, house flies are practically everywhere in the world which probably is a good thing, and perhaps nature has a perfect reason for that.

Notwithstanding their identity or presence everywhere, different species of house flies are basically considered to be the carriers of several diseases, and are usually avoided by all means. Amazingly, although they are infamous in very continent across the globe, there is no exact thing that is wrong or found negative in the house fly biologically speaking.

We all dislike the buzzing sound of the different species of flies as well as how they could perch around us or even on us. Sometime, a tiktok video trended with a woman telling guys to stop licking their lips and rubbing their hands together while trying to win a lady over or to simply ask a lady out. In the video the woman specifically asked such guys to not be like house flies by rubbing their hands and licking their lips.

Why do flies really rub their hands?

If you have really taken time to observe the house flies when they perch, they seem to be rubbing their hands endlessly irrespective of the species of fly it could be. It just appears to be endlessly rubbing its hands.

However, this behaviour of the different species of houseflies is mostly noticed during the seasons when the climate is under the influence of a hot temperature. It is necessary to understand that the house flies also rub their legs together, and when they do, it is usually to keep them clean.

This is difficult to accept especially because most of the times the different species of flies could be putrid, and is mostly seen in dirty areas, or around waste corners, which even makes it very difficult to explain that the housefly is only trying to keep clean.

More so, house flies have a routine of removing both physical and chemical deposits through the cycle of grooming, and they as well clean the recipients of scent. A careful understudy of their routine shows that constantly cleaning its receptor is an important part of its activities.

Throughout the life cycle of the species of housefly, as they go through the activities of hunting for food, mating, flying, or anything at all, the species of housefly will always want to keep clean which accounts for why they rub their hands together. More details about this will be shared in the succeeding sections.

When a house fly is soaked in mud or anything dirty, the fly takes its time rubbings its hands and legs together to keep clean. It often takes a lot of time; however, they get clean in the end. For the time being, some scientists have observed other series of motions of cleaning in which they begin the cleaning process by washing the head before they proceed to washing the other parts of the bodies.

Why we should observe the various species of house flies

A series of work that has been recently done shows that there are neurotransmitters which are responsible for the regulation of the cleaning of the different parts of the body of house flies, this cleaning is also done in an order of hierarchy. So the part of the body considered most important is cleaned first, and the others follow.

The entire process of cleaning by house flies

From observing the various species of house flies clean up, scientists think that there is need to observe the method the fly implores in cleaning. Most times the fly are seen to fold themselves in, then they begin cleaning from their head, after which they rub their hands together.

Actually, before they begin they first rub their hands and their legs together, then they begin from the head. After cleaning the head, flies clean up their belly, using their hind limbs, they also use that for their chest and their wings. In between cleaning the chest, belly, and wings, the flies’ rests and cleans up its legs. Sometimes it does not start from its head, it just begins anywhere.

Other reasons for which flies constantly rub their hands together

In preparation for its take off flight

Sometimes when the species of housefly seem to be rubbing their hands together, it is an exercise they do in order to plan for a flight psychologically, as well as to be ready for the flight psychologically. The different species of house flies makes sure that the hairs (the tiny hairs) on its limbs and the tiny hairs on its chest are fitted in the process of grooming.

To Examine itself for any kind of Injury

Apart from keeping clean, and getting ready to take off, the different species of house fly rub their hands together in order to be sure that they are entirely ready. By being ready, it means that they need to be sure that every part of their body is ready.

So when the different species of flies often rub their hands together, it is because they are trying to examine the different parts of their body to be sure that they are ready and that they do not have any kind of injury on its body.

This single act helps they know what to do next. They carry this out even before getting close to the other species of housefly although so that they do not engage in a battle if one of the flies’ touches each other which is usually prone to happen.

In addition to the reasons stated earlier, there is also this one. Notice closely that when different species of flies see food or fruits or any edible at all, they perch on it and then keep rubbing their hands on their foreheads.  However, the different species of houseflies lack the ability to feed on hard foods, so they keep hovering around by perching on the food and rubbing their arms just to see if there is any part of the meal that has begun to decay so that they can start feeding from there.

Furthermore, because the different species of house flies need to feed on something they keep searching the same food or the same fruit. Sometimes, they stick around much longer than is necessary until they find another source of food to taste, then they begin a new process of cleaning up each of their sensors to be sure that they do not by any chances contaminate the new food with their dirty sensor.

Albeit, when the species of houseflies get to the next meal, they repeat the same process and after using their sensor to taste and they still find no food that is soft from decomposing, they start to decompose the food before them by themselves.

Although the different species of house flies are drawn to dirt, waste, refuse dump, food, and a few other things, they do not need to wear a particular scent or smell for so long. Whether it is the smell from watermelon, from any food at all or from the waste, or defecations, or refuse dumps.

The fly is not designed to be a very high flier, and it is not always on the ground because it has sticky limbs that will not let it fly. However, the different species of house flies crawl or walk on the ground and to really do that, the different species of the flies by the tiny hairs on its chest, as well as the tiny hairs on its limbs are able to walk through various surfaces and they rub their hands together in the process.

For the dissipation of heat

The scorching sun usually generates a very cold atmosphere that is too hot for humans to bear let alone little insects like the various species of house flies. Notice that during the day, you are more likely to find the various species of house flies seeking shelter under trees that are as thick as the mango trees, or even in human homes, it is because they need some sort of shelter or covering from the sun as well as from the hot temperature that comes from the sun.

For the purposes of Self-protection

However, many scientists have also discovered that there are fibers that are mounted around the eyes of the various species of house fly which actually has the ability to divert almost about ninety percent of very proper ventilation out of the surface of the eye.

It is also necessary to note that although the various species are prone to contract viruses, they strive for a personal hygiene and are not as foolish or as terrible as we think they are. (This does not mean that I have started entertaining buzzing flies, I drive them out myself.)