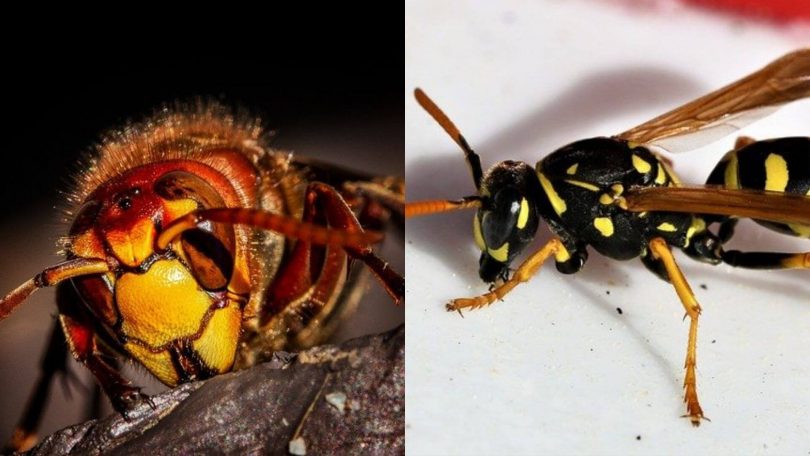 Hornet is a species of insect that belongs to the kingdom of animalia, the phylum of Arthropoda, in the class of insecta, under the order of Hymenoptera, belonging to the family vespidae, and the subfamily of vespinae.

Hornets are also species of social wasps, which is why it is important that we will be sharing the hornet and wasps. Wasps however, have the same scientific classifications as the hornet.

What is a hornet? 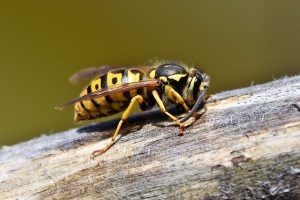 Hornets are different species of social wasps, because hornets as insects build a lot of communal nests by chewing and churning of wood to make it a very papery pulp.

For the hornet, each hornet’s nest has one queen in it, and it is the hornet queen that lays eggs which is finally attended to by the insects or hornet workers. However, it is genetically female, and cannot lay fertile eggs.

In the tropical areas, the hornet’s nests may actually last for about a year, however in areas that are temperate, the nest of the hornets die during the season of winter, while the single or lonely queens start to hibernate in the litter of leaf or the other materials that are insulative until the season of spring comes. More so, the male species of hornets do not have any stingers and are docile.

The hornets are usually considered to be pests being in places they are not wanted. They however, guard the sites of their nests very aggressively especially when they feel threatened or notice what seems to be a threat. In addition to that, the stings of the species of insects called hornets have been proven to be more harmful or dangerous than the sting of the buzzing bee who die from stinging people or insects, or other organisms generally.

Types or different species of hornets

There are different species of hornets, which could give us more insight into what we need to know about the hornet while we also see the points of difference between hornet and wasp.

These species of hornets include the following:

Only a few of the hornets will be briefly explained and described in this section.

The mandible of an Asian giant species of hornet is orange in colour, and also contains a black tooth which the species uses when it has to dig. Also, the thorax of the Asian giant is dark in colour and has a shade of brown, it also has two grey wings that vary in span from thirty-five millimeter to seventy-six millimeter.

The Asian giant species of hornets have forelegs that are brighter than the hind and the mid legs while the base of the species has a darker base while the colour of the sixth segment of the species is yellow. The stinger of the Asian Giant Hornet is about six millimeter in length, and has in it very potent venom which could kill humans when there is a case of many hornets stinging almost immediately.

The different species of hornets have similar cycles of life. The life cycle of the hornet begins with the queen hornet. The queen hornet usually mates only during the season of autumn, and then survives the season of winter while crawling beneath the soil, or rotten wood, and barks of trees.

During the season of spring, the queen resurfaces and this time it emerges hunting for a place where it can build a nest. Once the queen hornet finds a nest, the queen hornet deposits her eggs which later develop into quite small larva within the period of or between five days to eight days of the deposit of the eggs in the nest.

After that phase, the hornet larvae however go through a period of five stages within the following twelve to fourteen days. The larva when it is grown forms for itself a thread of silk, with which it uses to cover the particular cell that they are in for the period of time.

So, within the period of about thirteen to fifteen days, the baby hornet is fully formed; this baby hornet carefully bites its way out of the thread of silk and the cell to further continue with its life cycle more actively.  Soon about five to ten hornet workers emerge from the newbies or young hornets, then the hornet queen stops to actively hunt for food while the new hornet workers take control of the food hunting task.

What is a wasp? 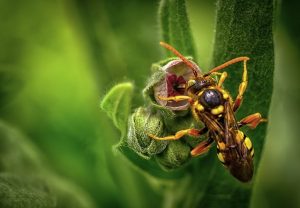 A wasp is a species of insect that has a waist that is narrow.   The wasp like the Hornet species of insects belongs to the kingdom of animalia, the phylum of Arthropoda, in the class of insecta, under the order of Hymenoptera, belonging to the family vespidae, and the subfamily of vespinae.

The species of insect wasps naturally do not constitute any form of clade (clade refers to a group of organisms who are believed to include or are made up of all their evolutionary descendants, and are of a common ancestor), nor do they involve any natural group with any ancestor (not even one), because wasps share the same ancestor with species of bees as well as different species of ants.

Life cycle of a wasp

The life cycle is the same for any species of wasp colony system. There is Queen of the wasp who searches for a nest where it lays one egg, then there is the female sterile wasp worker, and male counter parts of the species of wasps.

Different types or species of wasp

A few species of wasps will be listed here, and some will be briefly explained.

As stated earlier, a few of these species of wasps will be explained.

More so, the bodies of the species of wasp are clothed in quite long, thick hair that has very contrasting colours; usually the black and red colours. The female cuckoo species of wasps do not have any wings and they have or rather take after the resemblance of ants.

However, the petiole of the gall species of wasp is mostly connected with the part called gaster. This part called the gaster is a very functional or active part of the abdomen in the apocritan wasps, which begins properly with the third abdominal segment. Then, the petiole and the active or functional abdomen (that gaster) create the metasoma, and the mesosoma is made up of the propodeum and the thorax.

The gall species of wasp has antennae that are quite straight, and also has segments of about two to three partitions. In varieties of different galls, the dorsal part of the mesosoma is a bit banded by longitude, While the wings of the gall species of wasp are very simple and well structured. The female’s egg-depositing the ovipositor of the female gall which is used for the deposition of eggs which is seen to be protruding around the tip of the part called the metasoma.

This species of wasps goes through four larval stages, in which the first younger larvae may usually be seen to be external hemolymph-feeders on the paralyzed leg of a roach, while the final instar internally feeds.

More so, the pupation produced by the emerald cockroach species of the wasp is chocolate in colour, it is thick, and has a cocoon that is spindle in shape, which is usually found inside the burrow of a dead cockroach.

Some of these similarities include the following:

Finally, based on the similarities in this section, the hornets are mostly social wasps, so it is safe to say that the wasp builds the umbrella under which the different species of hornets find their existence, or exist in reality.

Difference between the hornet and species of wasp

These species of insects share a huge number of similarities that out numbers or outnumbered the possible differences they share.

The only differences between the hornet and wasp, and the different species include the following: