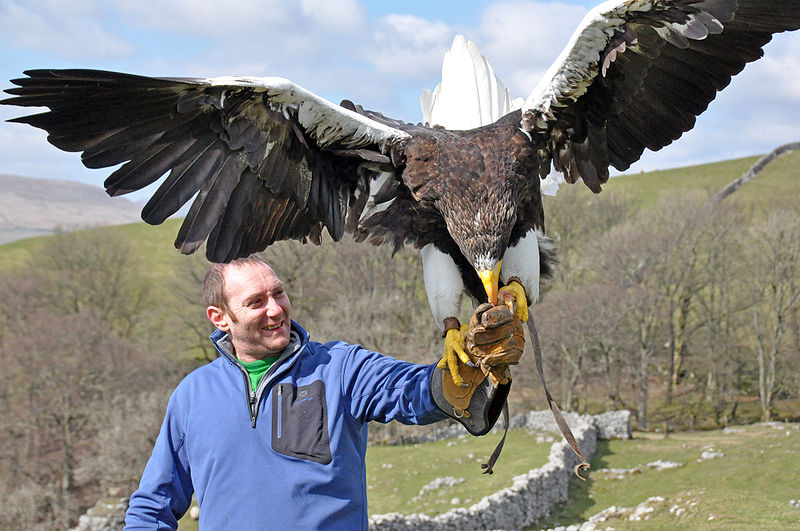 What are the largest eagles in the world?

Eagles are impressive birds of prey, possessing great strength, tenacity and power among the most feared predators in the world. They are gracious birds that are used as national symbols in many countries, such as the United States and Japan.

In the bird kingdom, eagles are found at the top of the food chain. They are the most successful birds in terms of prey hunting and weathering the harshest environmental conditions. These big birds have attracted the interest of scientists and researchers who study their unique habitat.

In this article, we will look at the nine largest eagles in the world in terms of their length and body size. These are gracious birds that are amazing to look at in person – or in pictures. 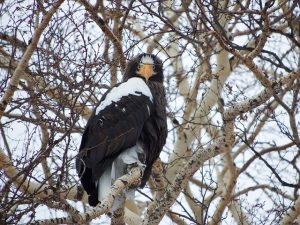 The Steller’s eagle weighs 15 pounds, although some have been found to weigh up to 20 pounds. By weight, this is the largest eagle around. If you use wingspan or other measurements, it may be smaller than the Harpy eagle and the Philippines eagle, however it depends on the measurements you are looking at.

The eagle has dark brown plumage and a bright yellow beak and talons. They are very different in terms of other eagles. They live on the northeast coast of Asia, and many eat fish, though from time to time they hunt other seabirds.

There are a various population being distributed throughout their range. The largest is located on the Kamchatka Peninsula in Russia, where about 4,000 birds live. Because of population segmentation, these eagles are considered endangered. 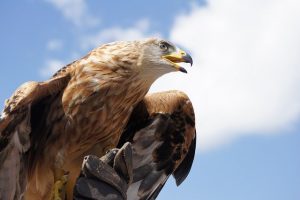 The Asian golden eagle is also known as Berkut, a word translated “golden eagle.” The largest eagle known to these small species. This species is found in Kazakhstan, Pakistan, China and other countries near the Himalayan mountains. The eagle is well-known for its hunting skills, and some tribes in the region have a tradition of training birds to hunt wolves and other predators.

Golden eagles are widely distributed throughout the world. They prefer the mountainous regions of Eurasia, North America, and North Africa.

In the 1990’s, reports of American eagles hunting and killing live cattle in the state of New Mexico were reported. 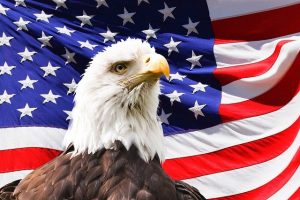 With its white crest standing against a large body and brown wings, the bald eagle is one of the most visible eagles. That’s because it’s the national bird and the national animal of the United States of America. As a result, the bird is featured in tv commercials, movies, and other visual seen throughout the world.

However, the bald eagle was not always popular. Hunters killed the bird, mistakenly believing that a bald eagle hunts for livestock, animals, and children. They also hunted the bird for sport. Other environmental factors have contributed to the dwindling population. Today, conservation efforts have been successful and the bird is not threatened with extinction. 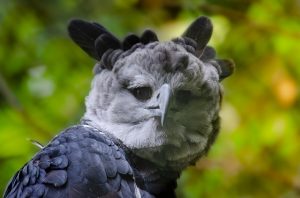 The harpy eagle is a powerful bird and one of the largest in the world, this bird is the national animal of panama. It has large, strong claws that are comparable to the claws of a bear and its legs can be as large as a human wrist. With a wingspan of up to 2 m, it is a navigator across Central and South America. The long tail, broad, and rounded wings allow the harpy eagle to roam the South American rain forests. Its wings are well flexible to enable it to fly and swerve through branches and it’s one of the fastest bird in the world. The old harpy eagle has black feathers on its large body and a gray head and neck. It preys on medium-sized mammals such as sloths and monkeys. 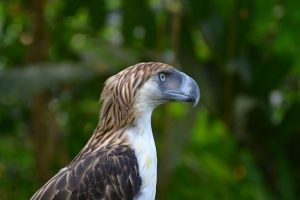 The Philippine eagle is the largest and heaviest eagle known. As the name suggests, it is very common in the rain forests of the Philippines. It is an unknown bird mainly due to its exotic origins and small wild population. The eagle is currently in danger of extinction due to the exploitation of the area. It is home to four major Philippine islands such as Luzon, Mindanao, Samaria, and Leyte.

There are between 82-233 pairs on the island of Mindanao where most people are found. It has long, brown feathers on its head that make it look awesome. The Philippine eagle, also known as the great monkey-eating eagle, has a wingspan of between 184-220 cm and a body size of 4.5kg-8kg. From July 1995, the Philippine eagle became the Philippine national animal. Although considered the largest eagle, it does not have the longest wingspan due to its preference for dense jungle habitats and forests that require limited wingspan for maximum maneuver in the condensed spaces. 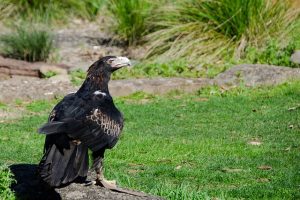 Australia is home to many large birds, but the Australian eagle is the largest bird of prey in Australia or Guinea. They are found both in the sea and in mountainous regions, preferring open areas and forest areas.

The name comes from their shaped wedged-tail, which combines a pale beak, white feet, and a dark brown color around the eyes so that they can be easily distinguished. 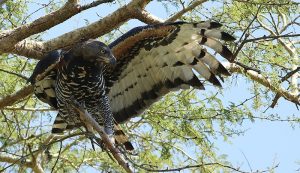 This large eagle of the sub-Saharan forest is known for its dazzling brown / white / orange patterns on its feathers and a long, cap-like crest on its head. It is one of the strongest eagles in the world, able to lift its body weight, which is probably based on the based on anecdotal evidence. There have been recorded cases of these eagles attacking humans and using young children as preys. These species are considered “threats” to the conservation scale, mainly because of deforestation in their areas.

While an eagle is strong enough to kill a prey with one blow, it will injure a larger prey and wait until the damage is too great for the to flee. 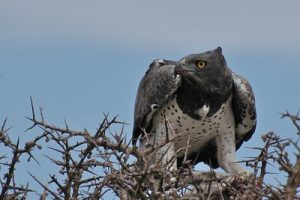 The Martial Eagle is aptly named. The word means “warlike,” and the eagle is one of the fiercest predators among all birds. It feeds on a wide variety of diet, mammals, reptiles and other birds. It prefers livestock animals, so it has been hunted vigorously and it is currently rated as “vulnerable” on the conservation status guideline

The eagle stays aloft with a minimum expenditure of energy, especially when hunting. It lives in the sub-Saharan region and is found in several countries.

The Martial Eagle has very sharp eyes. The eyes are about the size of a human eye, but they have a much deeper vision than humans. 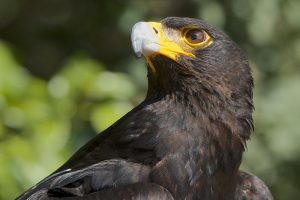 The eagle is often seen nestling in rocky areas, located in the mountains of East and north-eastern Africa. It has a very special diet of any bird-eating animal, which favors two types of hyrax more than any other animal. However, in times of scarcity, it will try different species of mammals, even monkeys. The hyrax it catches usually weighs 5 pounds but the eagle is able to lift even more weight. One observer saw an eagle flying overhead with a massive 60-pound (33 kg) lamb. The eagle practices siblicide, whereas the largest baby eagle in the nest kills its own sibling or starves.

The largest eagle ever lived 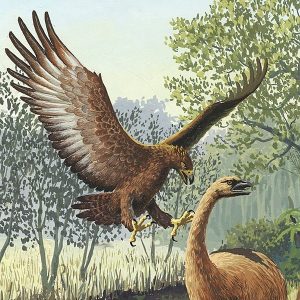