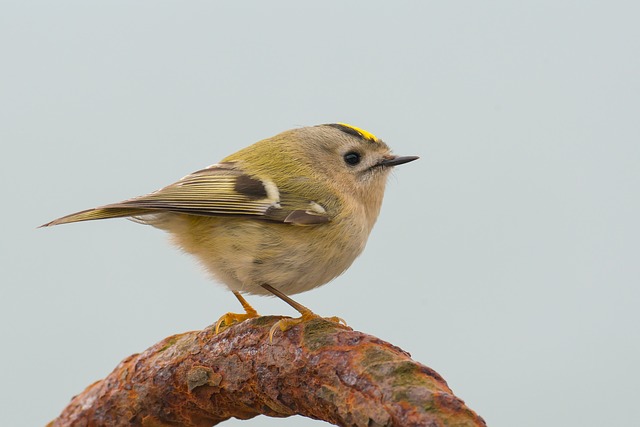 Have you ever wondered what are the smallest birds in the world?

We have selected the 10 smallest birds in the world. They come from all parts of the earth and are measured in height (rather than weight, wingspan, or other means).

These little birds are a few inches long but can be easily seen because of their striking feathers, beautiful songs, and speed. Here is a list of the smallest birds in the world: 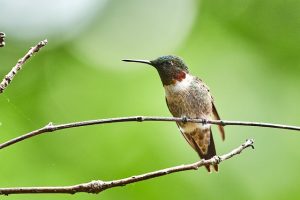 These birds are native to Cuba, where they are also referred to elf of the bees, zunzuncito and bird-fly. Their name comes from their nectar-sucking on flowers from Cuba’s coastal forests, hovering near flowers while flapping their wings 200 times per second.

Like so many wildlife today, the world’s smallest bird is facing extinction, and it is sadly now listed as near threatened by IUCN. 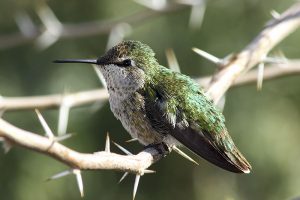 The Costa hummingbird probably has the most amazing plumage of all birds on this list, with its bright purple swathe on its head and neck.

Originally from the southwestern USA, it is found in desert habitats where it feeds on nectar and insects. It is the second smallest humming bird, and the second-smallest bird in the world, measuring only (8 cm) in length. 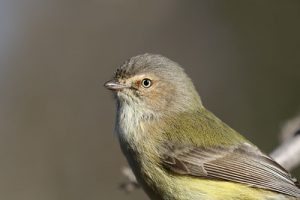 The 8-9 cm long Weebill is the smallest known bird in Australia. Smaller species live throughout the forests of Australia. Weeebill is named after its very short mouth. The bird has light green feathers and yellow underparts. They live in small flocks and live in the same area all year round. They make a nest shaped in a dome using grass, plants, and feathers before their breeding season. The small, thick beak helps the bird catch small insects.

Also check out the top biggest birds in the world 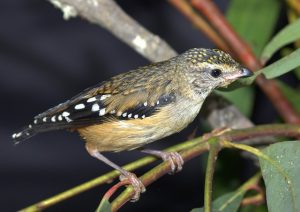 This specie of bird is small but glamorous, with colourful feathers and amazing patterns. Located in eastern and southern Australia in the eucalyptus forests, it is one of the smallest bird species on the continent and only 3.1 to 3.9 inches  in length. Their diminutive size helps with their preferred nesting spots: narrow tunnels. Sadly, these beautiful bird species are on the brink of extinction due to the loss of its forest habitat for human habitat such as sheep herding or urban development. 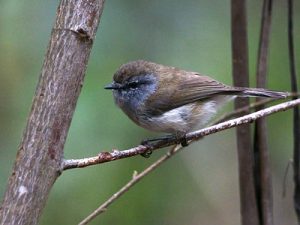 The brown gerygone is one of the smallest birds in the world. They grow to only 8-10 cm in height. Brown gerygones live along Australia’s coastal rain forests and coastal areas in Australia. The upper parts are Gray olive and have creamy underparts color. They are usually found in small groups consisting of three or four birds. Brown gerygones spend a lot of time in trees to catch flying insects. 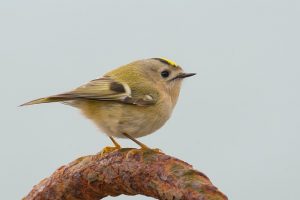 An average of 9 centimeters, 5.7 grams

Goldcrest is the smallest bird in Europe, reaching a length of 9 cm in length, and weighing about 6 g. Its Latin name means prince or little king, and is sometimes referred to as the king of birds in folklore.

They have small beaks ready to pick insects between their pine needles and are easily identified by the black and yellow stripes on their heads (including the orange centre for males). Also, they are famous for the fact that goldcrests can incubate up to 12 eggs at a time in their nests – not to mention such a small bird!

A simple firecrest belongs to the same family of birds as the goldcrest. It is almost small, and very similar to the appearance of goldcrest, although it has a very yellow appearance with a whitish fawn stripe above the eye. Simple firecrests are often seen during the autumn and winter when it is easy to spot them choosing small insects to eat. 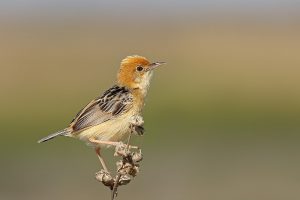 The cisticola golden head also known as bright capped cisticola, this bird is native to south asia and Australia, its nicknamed “finest tailor” because of how it makes its nest tidy using plants and spider threads.

It is often seen near damp grassy areas, golden-headed cisticola is omnivorous, eating everything from insects and small slugs to seeds. On average, mature adults grow to about two 10 cm and weigh about 8 g. 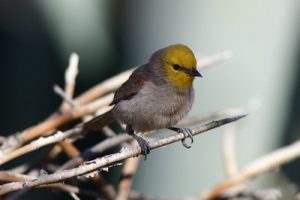 The verdin bird can be found across Mexico and north America, this bird rivals the America bushtit bird as one of the smallest passerines. They build bushes and thorny shrubs with few trees, and they build their nests by attaching large branches and twigs that are full of feathers, grass, and hair. They are often seen eating insects among desert scrub plants. 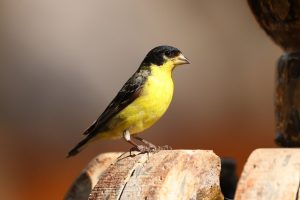 The lesser goldfinch originates in North America, the Bahamas, and the Turks and Caicos Islands. The small bird is about 10 inches in size, and is mostly sexually dimorphic, with significant colour differences between males and females.

This specie of bird is very common and can be found at may places of different heights and has been observed to be a predominantly monogamous bird.

The smallest bird of prey in the world? 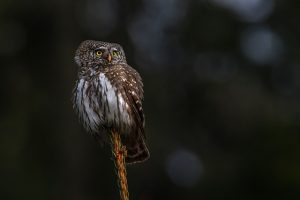 The elf owl (Micrathene whitneyi) weighing 40 grams is not only the smallest owl, but also the smallest bird of prey. They are native to the United States and live mainly in the trees, but can move to Mexico during the colder seasons of the year. They feed mainly on insects, but also on small mammals, reptiles, and other birds but don’t attack larger preys.

Like a nocturnal animal, it protects itself from sunlight by dwelling in holes made by wood peckers. Although it is the smallest bird of prey in the world, it is not known for its fierceness. They are known to feign death when faced with a large predator.

What is the smallest bird egg in the world?

The hummingbird its rapidly flapping wings not only to fly over flowers, but it also prepares its nest for their young. However, unlike other species of birds, this seems to be the case for females only. Male hummingbirds are believed to play a role in nesting. The nest is usually no larger than the bird and is usually shaped like a cup. They attach themselves to strong branches or leaves.

Nest materials are made of spider silk and lichens. This provides the structure a malleability unlike other bird nests which means the nest expands as the chicks grows. A vervian hummingbird will lay one or two eggs at a time.

And that is our choice for our pick of the smallest birds in the world. What do you think – are any of these little birds surprise to you? Or maybe we left out the obvious selection of small bird species to add to the list.

Please let us know your thoughts, any of your little bird experiences in the comments section below.