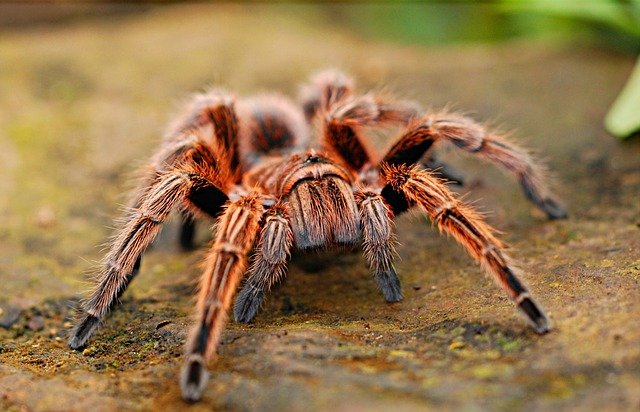 Spiders are very common in our areas and the web they weave through their pathways makes one wonder what kind of creatures they are. Of course, they are animals without backbones, and in this article we will be sharing all what is possible to be known about them and specifically answer the question about the circulatory system of the spider which is “do spiders’ have blood?” I bet you know that the spider has a variety of species, we may not be discussing them here, but it is good that you know that there are different species of spiders.

To answer the question of the status of blood in the system of a spider, or in the body of any species of spider it is important to find out factors or organs that necessitate the presence of blood, as well as its carriage through the circulatory system.

What colour is the blood of a spider?

How does blood circulate through the body or the system of a spider?

Spiders, like so many other insects or arthropods, do have a circulatory system that makes it easy for the flow of fluids and blood.  However, the various species of spider have the open circulatory framework, which means that they do not have genuine or clear blood, neither do they have veins with which the fluid is transported. However, the parts of the body of different species of spiders are naturally filled with hemolymph.

The hemolymph is however a liquid or fluid that is proven to be same as the blood, but it is basically found in insects or animals who do not have any back bone, and it is found to be occupying the spaced called the haemocoel. To get the fluid throughout the various parts or system of the different species of spider, the fluid or the hemolymph is pumped through the arteries into the spaces, and this is pumped by a heart like organ that is identified as sinuses which surround their inner organs.

What do the various species of spider need blood for?

Judging by the look of various species of the insect spider, one can decipher that some need blood, while the other species have no business getting blood. Unfortunately, that is not the case.  As matter of fact, the various species of spider have need for blood and one of the needs they have for blood is the heft or even transportation of oxygen around their body.

Species of spider have a transport or circulatory system that scientist consider quite surprising as it is not just about the molecules of oxygen getting dissolved in the blood like fluid, instead it works entirely different from the human system.

In the case of anemia, which is the loss of blood caused by loss of iron, the condition more often than not results in lack of iron which leads to de-oxygenation or lack of oxygen as the case maybe. More so, the red pigment reflected in the blood of humans is usually an effect of the hemoglobin.

Here is how, the oxygen carried in the iron embedded structure of the hemoglobin is best identified as oxy-hemoglobin. Now the oxy-hemoglobin as an atom has the ability to absorb a variety of light, but the red pigment being dominant in the blood cells, just like the red blood cell, reflect blood dominantly. One may wonder why the human vein externally is green in colour, but not red, well to deviate from our focus on the spider, let us just attribute it to the nature of human, as well as the circulatory system of human.

On the contrary, especially since variety is the spice of life, the case is not the same with the arthropod spider. As a matter of fact, it is not the case with warm blooded animals, snails, insects, and a lot of animals that do not have back bone (invertebrates).

This is because this species of animals do not have any need to transport oxygen round the body using the hemoglobin. Rather than the hemoglobin, the spider like the other mentioned invertebrates depend on the hemocyanin; which is best described as a connected compound of molecule that has iron at its center. In addition to having iron at its center, the iron of the connected molecule or compound contains an iota of the element copper to which the oxygen is tied.

More so, instead of the hemoglobin, the hemocyanin has a lot of colours which the element retains, but the inability of the element to retain the colour blue accounts for the blue colour that reflects in the blood of the different spider species.

Could Spiders be warm be warm blooded invertebrates?

Like most bugs in the wild, the various species of spider often become a bit withdrawn or torpid, or slow when it is really chilly, and this is largely as a result of the liquid catalyst that is resident in the body or the system of the spider, so rather than get cold, they could just freeze.

Do Spiders feed on blood?

One may wonder about the essence of this question, but the truth is that if we are talking about spider and having blood, then we need to also take care of some frequently asked questions that have to do with the blood and the spider.

More so, it is important to know that spiders usually dispose of the pair of legs, wings, and antennae as the case maybe while feeding on its prey, which differentiates the spider from the arachnid species of insects like web weavers, and the crab spiders.  These arachnids have been observed to create holes in which they put their prey and vomit some digestion fluid into the body of the prey after which they suck out all the organs in the body of the prey, leaving an empty shell of the prey.

Clearly, Spiders do not feed on the blood of their prey, neither do the feed on their own blood, instead they could feed on some of the silk with which they use in making their webs.

Although spiders like most of the other species of arthropods do not have veins that carry blood in their system, their open circulatory system makes the transportation of blood round their vessel. More so, be reminded that the colour of their blood is blue.